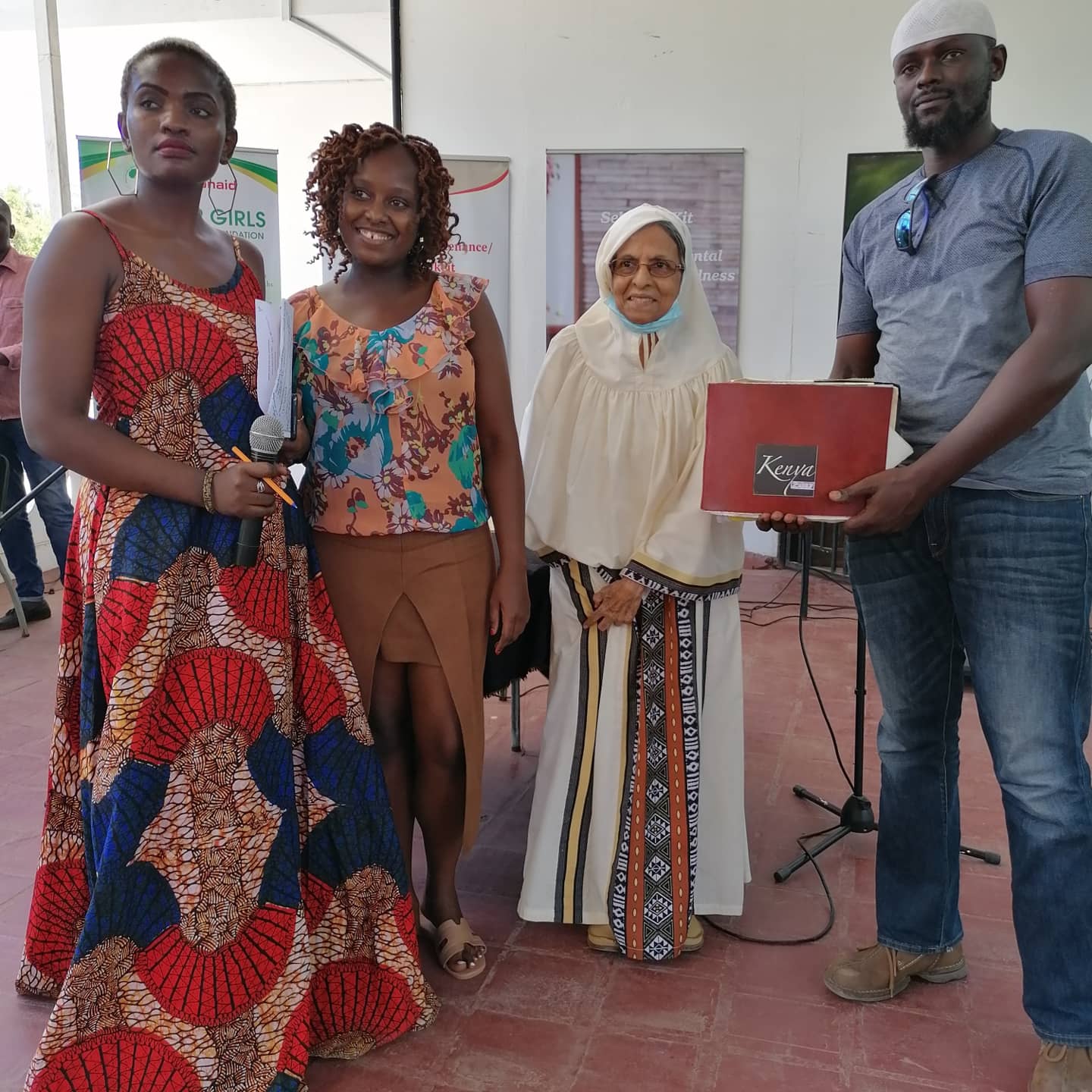 The 1st Edition of the Heroe Book Fair took place for the first time in Mombasa, Kenya at the Alliance Française from March 22-26, 2021. Culture Africa was not only partner of the book fair, but physically on site.

It was intended to be a book fair for Africans and the Black Diaspora originating in Nakuru, Kenya. Founder, Lorna Likiza, had the flamingos of Lake Nakuru in mind when she gave the fair its name, Heroe Book Fair. Heroe, is the Swahili word for flamingo. And there are plenty of them at lake Nakuru. Initially, the book fair was to be held in July 2020 and aimed to bring together writers, poets, publishers and literary enthusiasts in one place.

What sounds rather ordinary to European ears is a bit of a challenge, especially in regions like Kenya. Worth mentioning is that the Creative Writing field; Novels, Anthologies and Poetry are indeed widespread throughout the East African country and the African continent. In the bookstores, however, the nonfiction sector, i.e., motivational books and course books for primary and secondary schools, dominate the market.  Literary Events are mostly concentrated in the capital and that is the reality in many African countries. Indeed, this was a special challenge for a new book fair outside Nairobi. And then Corona. Could that go well?

Due to the pandemic, the 1st Edition of the fair had to be postponed to March 2021. There had been no pledges of support in funds up to that point. But Lorna Likiza did not give up so quickly.

A new idea, a new place was found: the grounds of the Alliance Française in the Kenyan coastal city of Mombasa was that place. A book fair under palm trees, not the worst place for such an event. The theme of the fair was “Belonging“. A motto that is on the minds of many writers and visitors and thus hit the nerve of the time.

With a little help…

Partners eventually came on board and with the combined financial and logistical support of several, including the Alliance Française Mombasa, the French Embassy in Kenya, the Belgian Embassy in Kenya, the Goethe Institut Nairobi, Culture Africa, The Swiss Embassy in Kenya and the Mombasa based Hekaya Arts Initiative, the project could be managed. The program was coordinated with the “Francophonie week”. And: the fair took place!

Book fair director Lorna Likiza commented: “The fact that the fair could take place in the midst of a raging pandemic is truly a miracle. Until the very end, it was not entirely clear whether the Kenyan government would tighten the restrictions further or not and if the fair would have to be cancelled or postponed once again. Luckily, we were able to have the event. I would have loved a bigger audience though, but given the circumstances, I am content with what we had.”

Lucky coincidence: On the last day of the fair, a tightening of measures in Kenya was announced. It was serendipitous timing. A week later, things would have been different because despite the hygiene concept, it would now no longer have been possible. But as it was, it took place.

The ambitious program of the fair, namely to present the diversity of the East African, partly also the Pan-African book world in its variety, also found a good response among the participating writers. Lorna Likiza: “The fact that all the announced program items took place, the virtual panel discussions with participants from Africa and the diaspora worked out, and there were no cancellations, shows me how much African and black authors appreciate the existence of a book fair in Africa.” Indeed, the theme of the fair was timely.

Small numbers notwithstanding, it still felt like a real book fair. The few attendees met and talked to authors, there were physical discussions and also: books! Real books to buy and look at.  From well-known publishers, small publishers and self-publishers. And the artfully designed books of retired Art teacher, Themina Kader, who despite her advanced age, was constantly present and discussed a book on Mahatma Gandhi. Every morning, the national anthem was played to signal the start of another day of the fair. A bit unusual to me, but also solemn.

The activities at the fair

The heart of the fair were the readings and panel discussions. They were on various topics and most are available on the Heroe Book Fair Youtube channel

It started on Monday with the topic: “The Part Ethnicity Plays In African Literature”. Participants were;

The second panel was chaired by Audrey Shipp, founder of the Los Angeles-based US literary platform Decolonial Passage. A forum for diaspora women writers.

Topic: The Impact of Race and Identity on Black Literature.

The authors all read from their books. This made it easier for the viewers and listeners to follow the conversation.


The final panel discussion was on the topic: Publishing in Africa and the Black Diaspora.

There were two keynote speakers. Scholastique Mukasonga from Rwanda/France, author of the bestseller “Notre Dame du Nile” on the topic of “Belonging”. And Salma Abdulatif, author from Kenya gave the second keynote: “Finding Home beyond Stereotypes & Identity Crisis“.

A striking number of women made their mark at the 1st edition of Heroe Book Fair. Not only at the keynotes. They also set the strong tone overall in modern African literature. Chimamanda Ngozi Adichie has become a beacon there. But Scholastique Mukasonga, Petina Gappah, Oyinkan Braithwaite, Yvonne Owuor and many others have also made the leap into the international literary world.

Almost all the female authors were present at the Book Launches.  Only Max Lobe was virtually connected from Switzerland. Three motivational books and the fiction novel, “A long Way to Douala” were presented to the public for the first time.  Very engaging was the presentation of Boniface Nyamweya, who launched “Her Question Pills”. From the girls4girls project, Queentah Wambulwa launched the Self-Care Kit to Mental Health, an engaging book that gives a much needed guideline to monitor your mental health.

And two books that also have as their theme the belief in success in people, even after setbacks: “Be the 1%” by Mohammed Otieno and “Make it Achievable” by Alice Nyamai. The literary theme of the fair, “Belonging” was echoed in the essay of the same name title by Lorna Likiza. In a reading followed by an engaging discussion on sometimes uncomfortable topics such as: Respect, Ethnicity, Minorities, Skin Color and Discrimination. Another discussion took place on site about the role of LGBTQ in African literature. Hans Hofele from Culture Africa, presented an inventory of African culture in Germany.

Young readers also read from their favorite books virtually and physically. 9 year old Swiss living in Kenya, Luca Trento and 13 year old Franziska Hofele from Germany read virtually. The Future Hope Montessori School were on site with some pupils who read. A debate was also conducted by a neighboring school to Future Hope during the fair.

The area of Swahili culture and the role of literature was also a big topic. The collective book project Kas Kazi was presented. A novel, a literary road trip along the Swahili Coast. The heart of Swahili culture, with Mombasa as one of the pillars. Over 100 million people speak this language in many countries in East Africa.

Abu Amirah of the Hekaya Arts Initiative presented the book, which, by the way, is now being translated into German.

The closing ceremony was kept smaller for well-known reasons. Besides a local band in Swahili style, a Congolese Rumba band performed and made everyone sweat again. If that was still necessary, because the thermometer at the fair never showed less than 25 degrees.

What remains? Lorna Likiza: “If the book fair was a success, it is also because there is a great need for it, that an exchange was important and that the presentation of literature found a place.”

It looks like the flamingo is spreading its wings. The small, fine book fair was an event for Mombasa. And it will hopefully make a resounding impression in Africa and the black diapora: Heroe Book Fair!

With a little help… 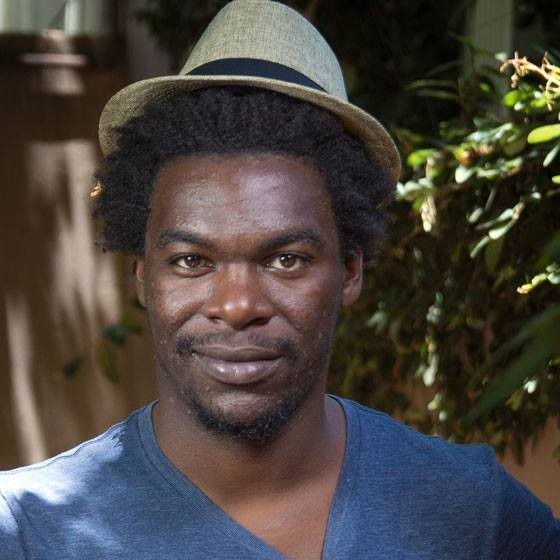 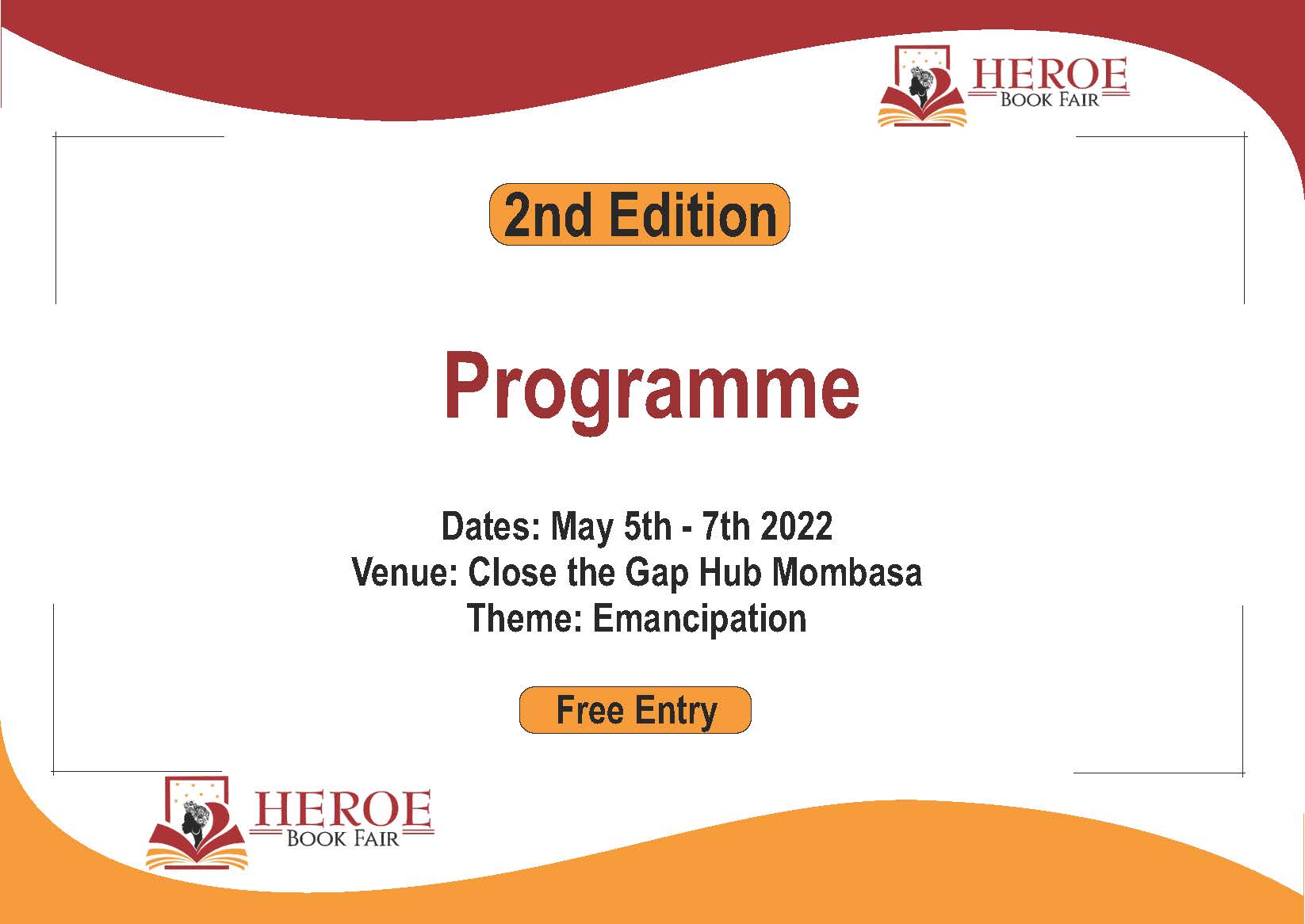 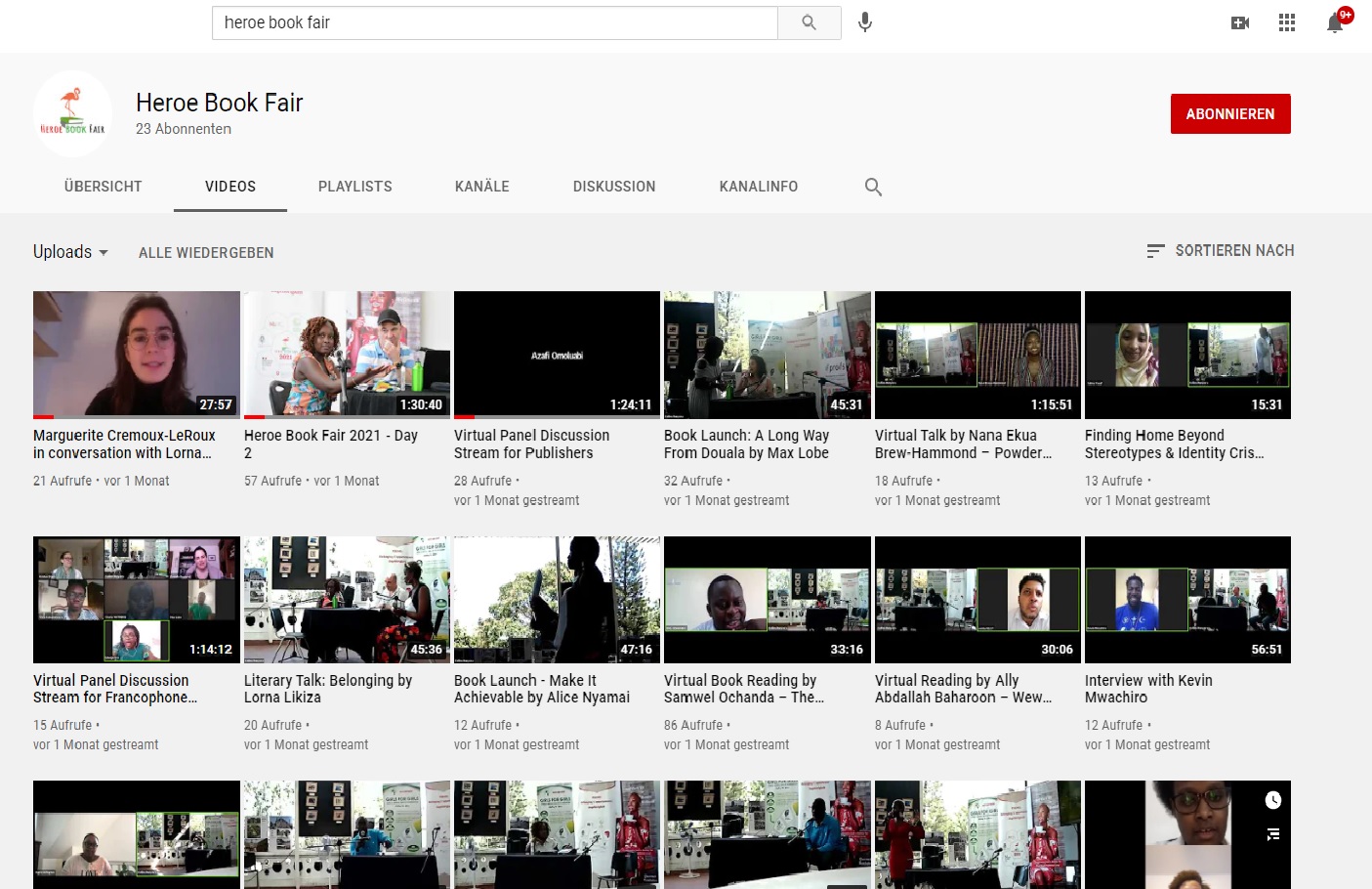